CELEBRATIONS IN 2017 MARKING THE EXISTENCE OF
Bass, Butler and Worthington; Hinckley’s Great Brewers 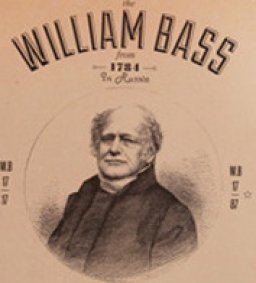 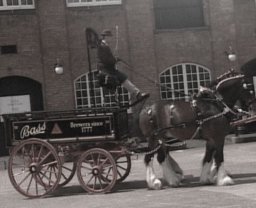 At 300 years since his birth it was time to raise our glasses to celebrate the life of William Bass. Bass together with two other talented sons of Hinckley, William Butler and William Worthington, became three of Britain’s finest brewers. 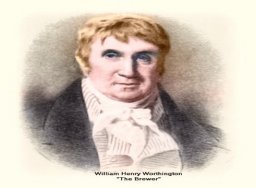 The companies they created went on to produce beers of national and international fame such as Draught Bass with its iconic Red Triangle Trademark No 1. 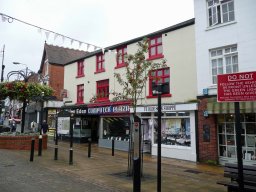 The family home of William Bass, shown above, still stands on Castle Street. William Butler was born in New Buildings and William Worthington was born in the nearby village of Orton-on-the-Hill.

The cream building was the home and business base of William Bass and is the location for an historic Blue Plaque commemorating his life. Bass was the greatest of our three brewers. His family brewed beer in Hinckley; a brewhouse still exists in Crown & Anchor Yard. They also ran or owned pubs in the town and several family members are buried in St Mary’s Churchyard. Most of William’s working life was spent in Hinckley where he got to know brewing and the pub trade inside out.

He also became a carrier of beer. Operating from a yard behind his home, his shire horses and drays delivered beer to pubs in nearby counties. W Bass & Co. prospered as did the family wealth and the ambition to build a large brewery. William married the daughter of a publican and their children, immersed into the brewing and pub trade, were destined to grow the Bass business empire.

Although Hinckley had good spring water for brewing, Bass realised that its poor transport links hindered beer distribution. So, albeit in later life, he moved to Burton-on-Trent. Not only did Burton have excellent water, it had good transport links to London and export markets. As we know that move was highly successful. However, it is true to say that the foundations of the world class Bass Brewery in Burton were probably laid in Hinckley. 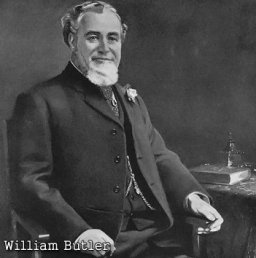 Celebrating the lives of our Three Brewers a series of special events were held in spring and summer. There was also an exhibition at Hinckley Museum, the unveiling of Blue Plaques, the Bass pub trail with prizes was organised, along with coach and minibus trips. Our beer festival included historic beers and there was a party at a pub formerly owned by the Bass family. 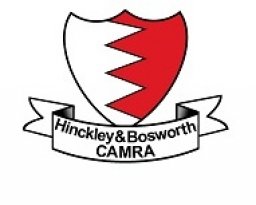 Hinckley and Bosworth CAMRA and Hinckley and District Museum organised the following events to celebrate the lives of William Bass, William Butler and William Worthington:

Tuesday 22nd August – Unveiling of blue plaque to William Worthington at the Unicorn, Orton on the Hill:- 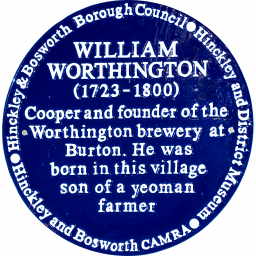 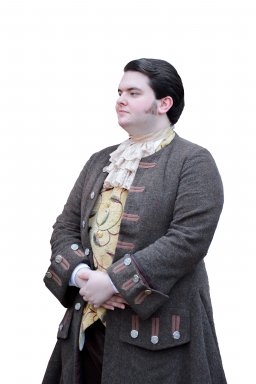 The Blue Plaque event took place at the village’s Unicorn Inn and was jointly arranged by Hinckley & Bosworth CAMRA and Hinckley & District Museum supported by the Borough Council.

Special guests included the Deputy Mayor of Hinckley & Bosworth Jan Kirby, Councillor Stanley Rooney who is responsible for Heritage, and County Councillor Ivan Ould who represents the area. Carl Brett, CAMRA’s Regional Director for the East Midlands also attended. Colin Goss the landlord of the Unicorn and his wife were present. 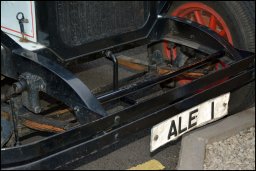 As well, a vintage brewery vehicle had been driven down from the National Brewery Centre Burton-on-Trent made an excellent backdrop to the event. It has the enviable number plate of ALE 1. The main guest of honour was Steve Wellington, with his wife Carolyn, who unveiled the plaque. Steve is well known within the industry as a beer champion and an award winning master brewer.He also has a passion for microbreweries, for brewing history and for re-creating long lost brands of beer. As Head Brewer at the Worthington Brewery in Burton-on-Trent there could be no one more fitting than Steve to unveil the plaque in honour of William Worthington.

On a perfect summer’s evening some 55 people gathered in front of the Unicorn for the ceremony. After a welcome by Richard Lewin of CAMRA, Gregory Drozdz of Hinckley Museum gave an interesting and informative talk about the history behind this event. Steve Wellington’s speech followed and the church bells rang out as he unveiled the Blue Plaque commemorating William Worthington.

The bell-ringing was significant as Worthington himself was a bell ringer. Graham Titley, St Edith’s Church Tower Captain said “He was an accomplished and enthusiastic ringer who went on to use his wealth to endow many churches in the Burton area with bells”. The bell ringing itself was an attractive addition but was further enhanced by the presence of Worthington’s great grandson as one of the bell ringers.

The above review was provided by Richard Lewin, Three Brewers Committee 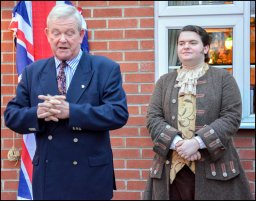 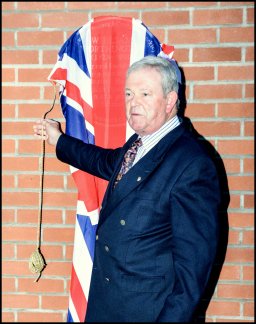