There are currently five breweries in the Hinckley and Bosworth area, plus the Pig Pub Brewery at Claybrooke. The ales are distributed to a number of local pubs and at beer festivals. 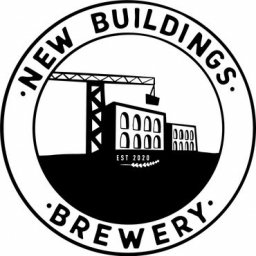 Hinckley's first and only Micro Brewery started production in August 2013 and was set up by brothers Tracy Ellis and Phil Woodward.

In 2016, the brewery was sold to Louise and Darren Lavender, landlady and landlord of Hinckley's New Plough Inn and The Greyhound. The Elliswood name was retained along with the beer range which was distributed throughout the UK.

In February 2022 Darren acquired equipment from the closed Bosworth Brewery and intends to brew some of the old Bosworth recipes, including Marmalade IPA which will be brewed but marketed under a different name. 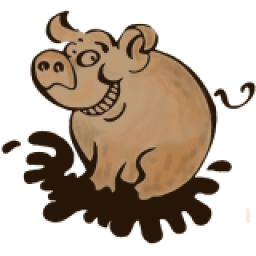 Brewing began in 2013 using a two-barrel plant. Beers are available in the Pig in Muck pub. The brewery now operates a new five-barrel plant built by Head Brewer Kev Featherstone. Weiner Bitter (OG 1038, ABV 3.8%) Straw coloured session bitter. Hoppy and fruity throughout with a compounding bitterness culminating in a distinct dryness at the finish. Pig Out (OG 1039, ABV 3.9%) Dark amber in colour. Brewed with cascade hops which result in pleasant bitterness and a fruity citrus finish. Pigs Best Bitter (OG 1042, ABV 4.2%) Golden brown in colour with a hint of citrus. Fresh hoppiness comes through at the end with a malt finish. On draught and RAIB. Claybrooke Bitter (OG 1042, ABV 4.2%) Full bodied, dark amber ale with a malty aroma. Bitter at the start with a hint of fruit in the middle of the palate and a soft hop flavour to finish. Chinook Pale Ale (OG 1039, ABV 3.9%) Chinook is a single hopped straw coloured ale with spice and pine aroma and a mild fruitiness leading to a dry grapefruit finish. Contains wheat and malted barley. On draught and RAIB. Mild Boar (OG 1038, ABV 3.8%). Empress of Blandings (OG 1045, ABV 4.5%) A fictional pig character in stories by P G Wodehouse.

Golden Duck began brewing in 2012 using a five-barrel plant. It is run by the father-son and daughter team of Andy, Harry and Hayley Lunn, with Harry as the Head Brewer. Beers have a cricket-related theme and are always available in Mushroom Hall, Albert Village and Cellar Bar, Sir John Moore Hall, Appleby Magna (Friday evenings only).

They are continuing to provide a home delivery service to the Hinckley area of "Beer in a bag in a box" and are very grateful to their loyal customers for using this service. Details are available on the Golden Duck Facebook page.

Brewery Open Day is at the Brewery on Saturday 11th December 2021 from 10.30 until 6pm, with butternut squash soup and live entertainment. Six different Golden Duck beers available on cask and plenty of bottled beers. Christmas delivery orders will be taken on the day or by contacting the brewery. 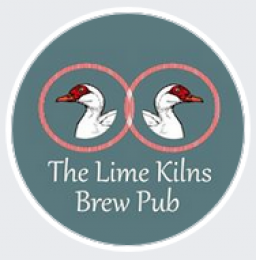 Brewing started at the Lime Kilns pub Burbage in 2016 as a small batch brewery. The brewery is a 2 barrel plant and provides up to 14 ales for the pub and other outlets, on demand. Bespoke brews are provided for events including several local beer festivals.

Latest News: The Buswell Brewery; Lime Kilns Brew Pub; produced two beers for the Bocheston festival last week, which went down very well. Gary is now producing two beers for the Preston Beer Festival due to his beer being admired at the Leicester Beer Festival; Best Bitter and Ground Control to Major Tim. Coming up this month; Single Barrel 3.9% ABV bitter. Mollifier Mild of the month of May best Bitter 4.5% and towards the end of the month, Bills Brown Ale 4.6% and Sid Stout available at the beginning of June. 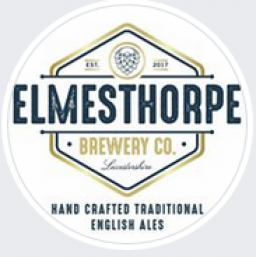 Elmesthorpe Brewery is run by serial entrepreneur Nirad Solanki and is brewed at the rear of his home in Elmesthorpe village. The set up is very small but has standardised 3 ales. Aylmers Ale 4.1%, Lord Cullens Ruby 4.5%, & C.A.P.A. 3.8%.

There is also a cask IPA brewed called Debbie does @ 5.5% which is mainly sold out of the Dog House Bar in Braunstone Gate in Leicester, which Nirad also owns along with the Bulls Head in Stoney Stanton, in which these ales are also a regular feature.

Latest News: The Elmsthorpe Brewery is focussing on the Baron at the moment, but they are still brewing three beers in small proportions for their own pubs.

Very many thanks to the following Brewery Liaison Officers for providing this information:-