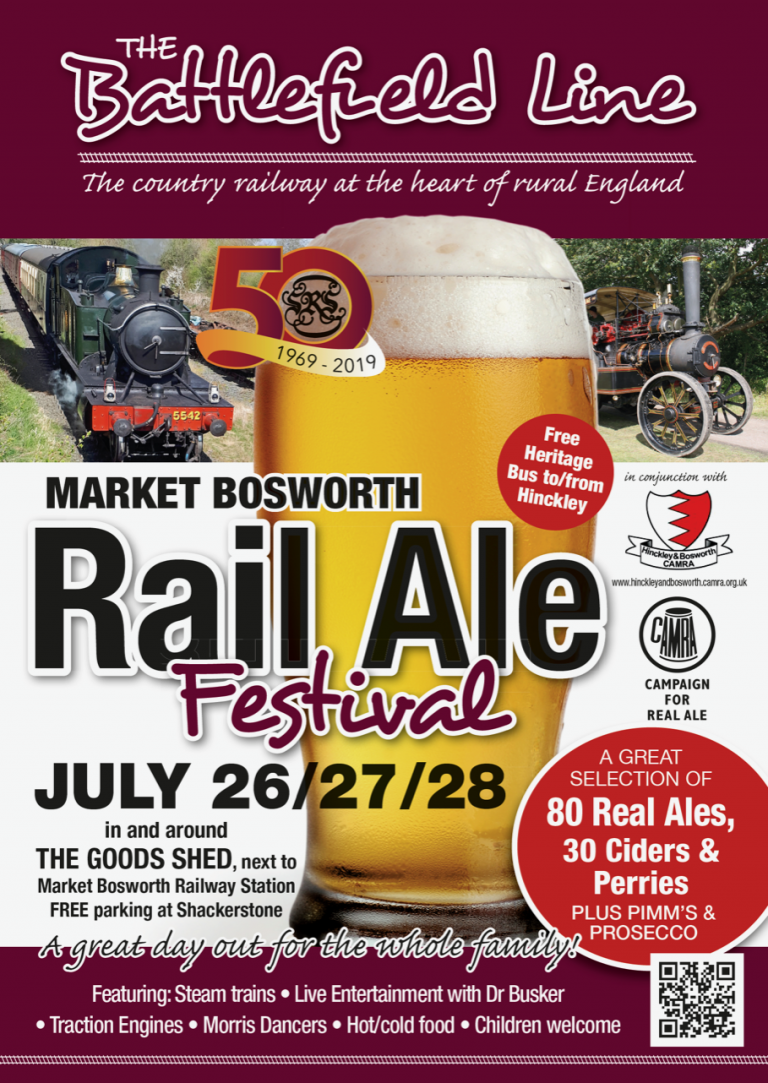 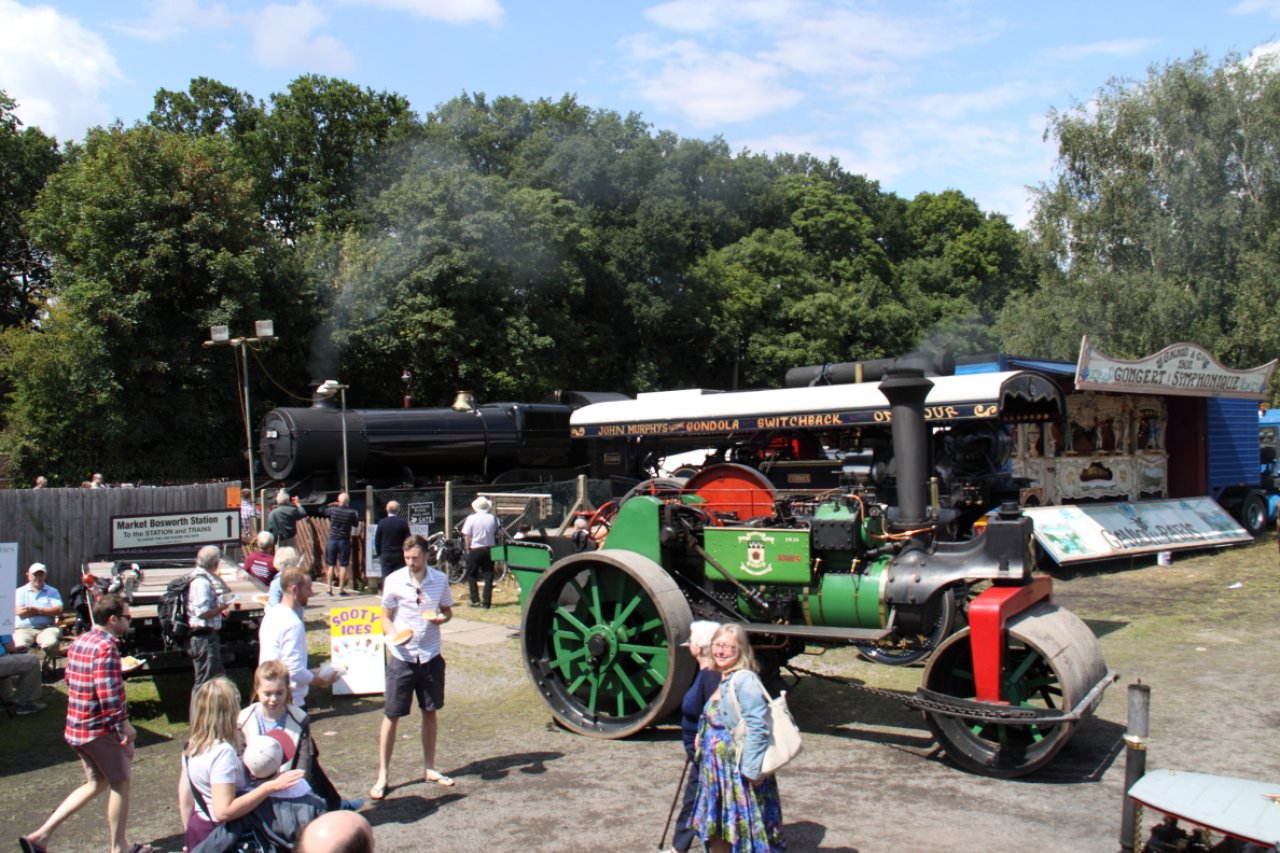 This year marked the 10th Rail Ale festival which ran from 26 to 28 July, and also the 50th anniversary of the Shackerstone Railway Society.

The weather as you know was not kind to us and it rained again on Saturday and Sunday. There were also problems with East Midlands Trains affecting trains through Hinckley on Saturday morning, so Saturday seemed to get off to a slow start. Despite this there was a good turnout to see the displays of steam engines (both large and small), tractors, vintage vehicles and to enjoy the sound of the superb Gavioli fairground organ.

The Railway was unfortunately let down by the provider of the diesel engine that was due to pull the train on Friday, and despite trying, no replacement could be found at short notice, so there was no bar on Friday’s train. Saturday and Sunday the trains were steam hauled by GWR small prairie tank No 5542 which was on loan from South Devon Railway.

The bars opened on Friday morning with 81 different beers - 74 casks and 8 pins for the train.

Friday night no beers had actually run out but there was only 1 galion of Bohemian Pilsner left and 3 others has under 2 gallons. By Saturday night 30 beers had run out and 14 more ran out during Sunday.

New for this year were three real lagers which also seemed to go down well. Leatherbritches Bohemian Pilsner was first to go followed by the Kolsch and Born Slippy from Burton Town on Saturday night.

Beer of the festival was Woods Born & Bred, a 3.8% floral, hoppy pale ale.

On the cider bar we started with 32 boxes which is 640 litres. 474 litres (834 pints) were drunk.. First to sell out was Weymouth’s Perrylicious on Friday evening and by the end of Saturday night 14 had sold out. The fastest seller was Snails Bank Black Forest in 1 hour 15 minutes.

Cider of the festival was Whin Hill Browns – a single variety cider made with Norfolk grown cider apples.

The Railway had a gin bar for the first time, alongside the Pimm’s, Prosecco, country fruit wines and the Tynt Meadow Trappist beer from local Mount St Bernard’s Abbey.

Thanks go to all the volunteers involved from Hinckley and Bosworth CAMRA and the Battlefield Line who helped out at the festival, without whose help the Festival could not have taken place.

Help is always needed. If you would like to assist with anything next year, no matter how small, please get in touch.

Sponsors of the 2019 Festival

Hinckley & Bosworth CAMRA would like to thank the following local businesses for sponsoring a cask at this year's event:

Special thanks go to Hammonds, Pestle & Mortar and Shilton Vaults for their sponsorship, and to Sue at the Pestle, Church End Brewery, Market Bosworth Brewery, Buswells Brewery, Small Beer, LWC Northampton, Baby Bottles, Kinver Brewery and all of the local breweries who have been extremely helpful in supplying their beers, and not forgetting all of the volunteers for giving up their time to staff the event. Your help is greatly appreciated.