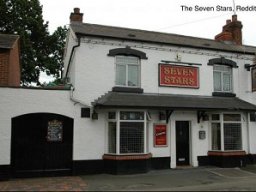 The Seven Stars in Birchfield Road, Redditch declared ACV. The Seven Stars has been ring-fenced by the local Council after a campaign headed by Redditch & Bromsgrove Branch of CAMRA. The CAMRA Branch Chariman commented on the Charity and team events centered on the pub, despite it's closure for 3 months during 2014.
They are now monitoring the threat to the White Lion in Astwood Bank, which appears to be under threat for Housing Development.
For more information go to the Ledbury reporter item at ... Seven Stars now ACV

Remember, clicking to Newspaper pages will probably be heavy on download and advertisments