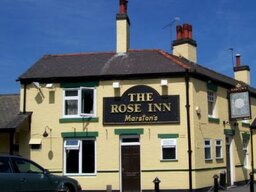 All CAMRA members are invited to The Rose Inn in Nuneaton to celebrate the 50th anniversary of the organisation’s very first national Annual General Meeting of the Nuneaton CAMRA Branch. Barry Everitt, Chair of the Nuneaton and Bedworth CAMRA branch said, “We hope local CAMRA members will be able to join us and celebrate this historic anniversary at one of our branch’s local pubs. To boast such a historic connection to the founding of CAMRA is quite an achievement with so many pubs under threat of closure. We hope the Rose Inn can continue to host CAMRA meetings for another 50 years to come.” The event will be held: on Saturday 26th March starting at around 12:00 noon at the Rose Inn, Coton Road, Nuneaton. The pub crawl afterwards, will include the Lord Hop, Wetherspoons, Blue Bear, Silk Mill and Black Swan in Hand. To celebrate, CAMRA members from across the West Midlands will descend onto the pub 50 years to the day for a social event on 26 March 2022, raising a glass to CAMRA’s four founders and the pub which helped make history happen. The Rose Inn hosted founding members including Bill Mellor, Graham Lees, Michael Hardman and Jim Makin on 26 March 1972, when a historic meeting cemented the future of the Campaigning organisation. The pub was previously presented with a bronze plaque to commemorate its role in hosting CAMRA’s first ever AGM. It was also nominated by the community as an Asset of Community Value (ACV) in 2017 and was tastefully refurbished in 2021, retaining most of its original character.