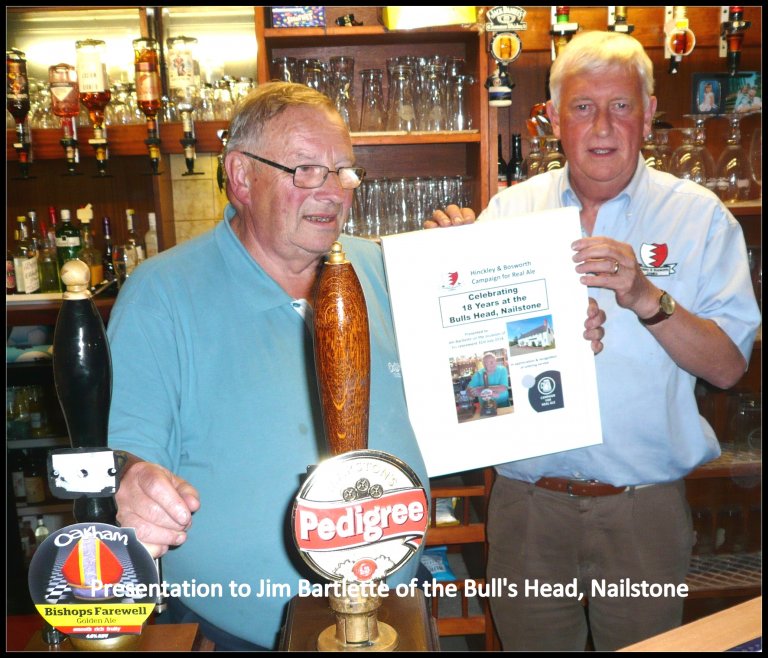 Jim Bartlette, licensee of the Bulls Head in Nailstone is retiring at the end of July, and David Finn as Chairman of Hinckley & Bosworth CAMRA presented Jim with an award in recognition of his eighteen years at the pub.

This was Jim’s first and only pub and followed forty years working in accountancy.

In the early days of the Branch, some of the monthly meetings were held at the pub, when attendances were then only around twelve to fifteen members. Jim was also one of the first landlords to advertise in our magazine, the Half Pint, when it began publication and he remained a loyal contributor until very recently.

Very best wishes for the future from Hinckley & Bosworth CAMRA