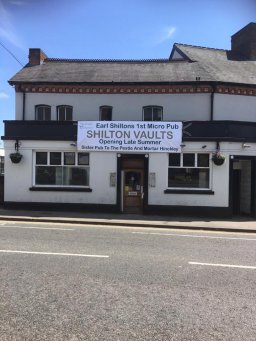 The long-term tenant at The Blacksmiths , Barwell has left. There's a temp in at the moment and it is expected that someone is to take the place over shortly, on a permanent basis

Angie at The Weavers is now free of tie with Marston’s and is apparently the only pub in Hinckley to be in this situation. This means that they now just rent the building from Marston’s and can source beer etc from elsewhere

The Nags Head, Stapleton is still closed. Both directors, Jason Sealey and Mark John Horner of the company running the pub resigned in March 2018

There are plans to demolish The Prince of Wales, Hinckley and build 12 apartments. The council Conservation officer (Paul Grundy) along with CAMRA are objecting to this. The landlady, Jackie, believes that the pub is a viable business

The Black Horse at Sheepy Magna is also trying to become free of tie.

The Bulls Head, Nailstone is due to get a new landlady at the end of July

John and Sue from the Pestle & Mortar are taking on The Bank in Earl Shilton and will open it as a micropub called Shilton Vaults in August. The Bank has been closed for about a month.