The Cross Keys in Burbage closed on Thursday 28 June for 2 weeks. After a bit of work by Marston’s it should have reopened on 16 July with Bob Conley, Aden and Alex as managers 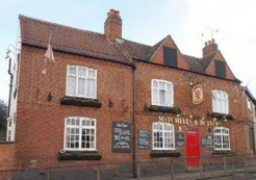 The Red Lion in Earl Shilton has reopened but the manager has not run a pub before and is finding her feet. The people with the lease run the Bell in Husbands Bosworth, and she's moved in with her family to manage it. Beer selection is Doombar and Pedigree. No Bass, Abbot or Broadside

There is proposal to sell the King William in Earl Shilton town centre and build 11 flats. It's currently in the planning system

The Weavers, Hinckley, are now not using plastic straws, in order to be more environmentally friendly

The Pestle & Mortar will be opening a new micropub in Earl Shilton, to be called the Shilton Vaults

The Black Horse, Appleby has been closed for 2 weeks for refurbishment

The Black Horse, Sheepy, is now free of its tie

The White Swan, Stoke Golding, is “to let” according to the Everards website


Many thanks to our pubs officer Adrian for the update. Note: If anyone has pub or club news that may be of interest to the Branch, please contact Adrian on:-
ku.gro.armac.htrowsobdnayelkcnih@reciffosbup or 01455 610932