Presentations of the 2017 Pub of the Year Award 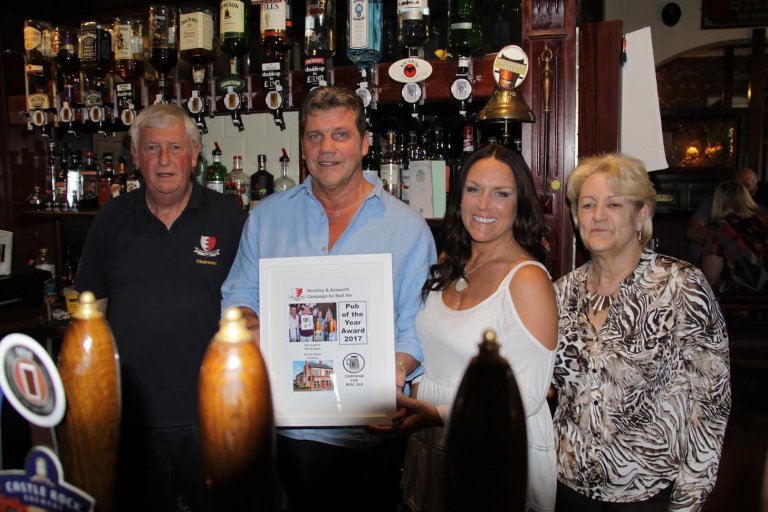 David Finn, the Branch Chairman presents the Hinckley & Bosworth CAMRA Pub of the Year 2017 award to Phil and Dawn Jackson of the Queen's Head, on 10th May. This year's success follows previous Pub of The Year awards received by the Queen's Head in 2013, 2014 and Jointly with the Railway in 2015.